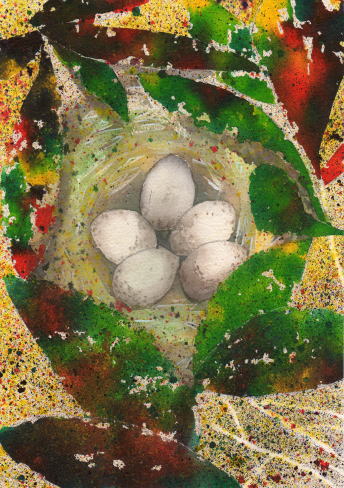 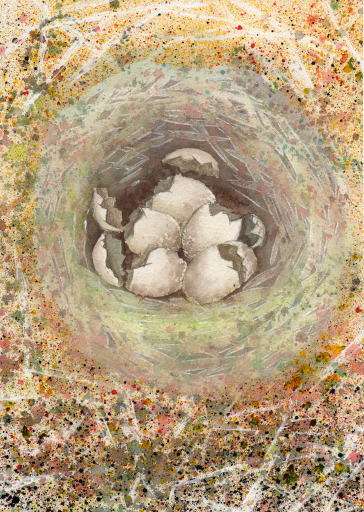 The egg's future, the future egg      The egg has cracked open! A new world begins...

“The Beginning…Together with Mother Earth”

Five original musicians, living in the foothills of Mt. Nasu, have
united together.
The name of this collaboration is N.A.S.U. (Nature, Art, Sound, Universe)
“The Beginning…Together with Mother Earth” is the resulting
collaboration album, which includes the artists’ original songs.
The music is a fusion of folk instruments with contemporary music, giving birth to a neo-traditional sound filled with hope that a new world will hatch from the 3.11 disaster.
Total 10 tracks
After listening to these 10 tracks, perhaps you will descend towards a horizon you have not yet seen.
This album heralds the beginning of a new era, ride out of the storm and let the wind of change carry you forward.

*Nasu is a resort area in the far north of Kanto, the greater Tokyo region.It is nestled just south of Fukushima’s border.

Enthused by producer Anthony K.’s proposal of “lets make a concept album using the rich natural beauty of Nasu as the motif!” five local artists, each bringing their own original songs, had joined together and made good progress towards recording the album.
Then the 3.11 disaster struck: a succession of earthquake, tsunami, and nuclear accident.
It was time to rethink our original plan for the CD. Originally, the
concept was to create a “local artist compilation CD” that could be purchased by tourists, but these hopes were dampened by 3.11.
When we listened again to our recordings with this new outlook, we were struck by how each song uncannily hinted of an impending great calamity and of the new world that must follow. This CD had a message that transcended a conventional local artist compilation CD.
Without changing the content of the album, we reworked the album concept and decided on “The Beginning” a title that had the nuance of making the first step towards a new world, but also expressed the initial meeting together of five artists and the start of a new collaborative performance.

“We remember this moment, and start again from here.”

*N.A.S.U., the name of this collaborative unit is an abbreviation of Nature, Art, Sound and Universe. 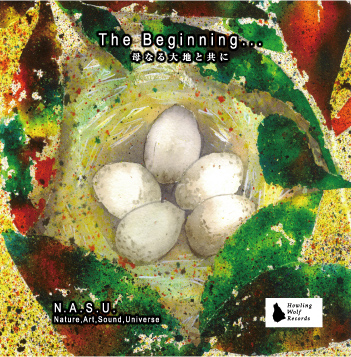